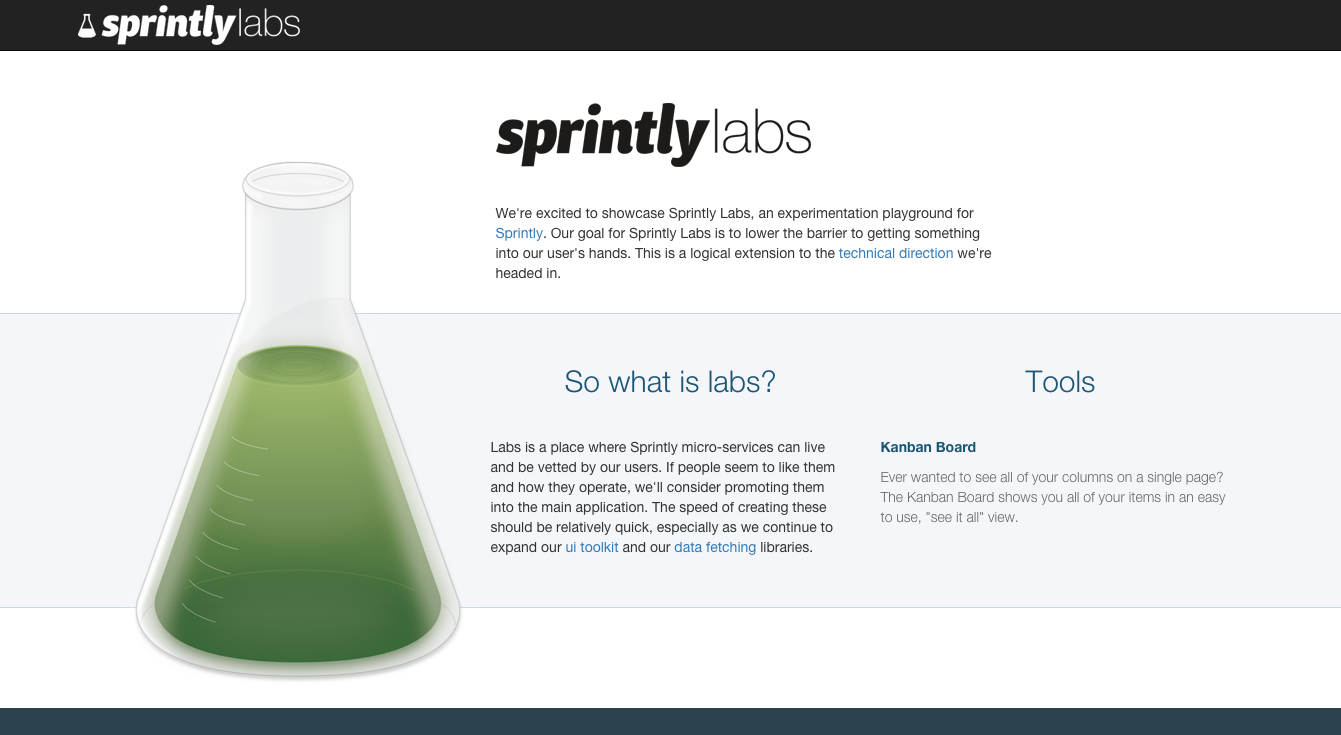 Today, I’m excited to announce Sprintly Labs, an experimentation playground for Sprintly. Our goal for Sprintly Labs is to lower the barrier to getting something into our users’ hands. This is a logical extension to the technical direction we’ve been heading in for the past few months. So what is Labs? Labs is a place […]

Get immediate notifications when issues are deployed to production 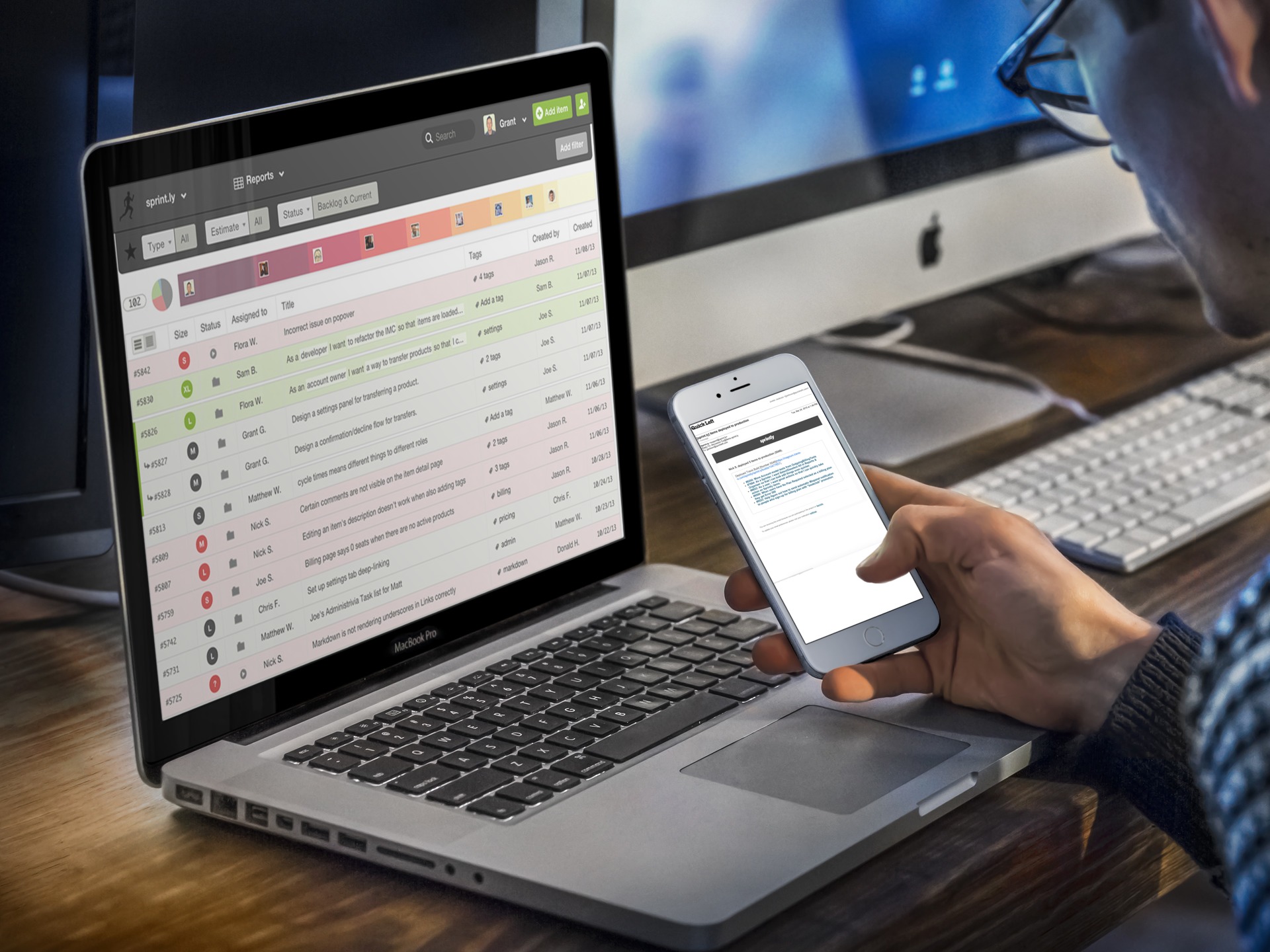 We recently released our ‘Mark as Deployed’ UI, which allows people to manually mark things as deployed. For a bit longer than that, we’ve had the hooks to do this through an automated deploy process. We finally got around to setting that up and it’s been really neat. Now, when we issue our automated deploy […] 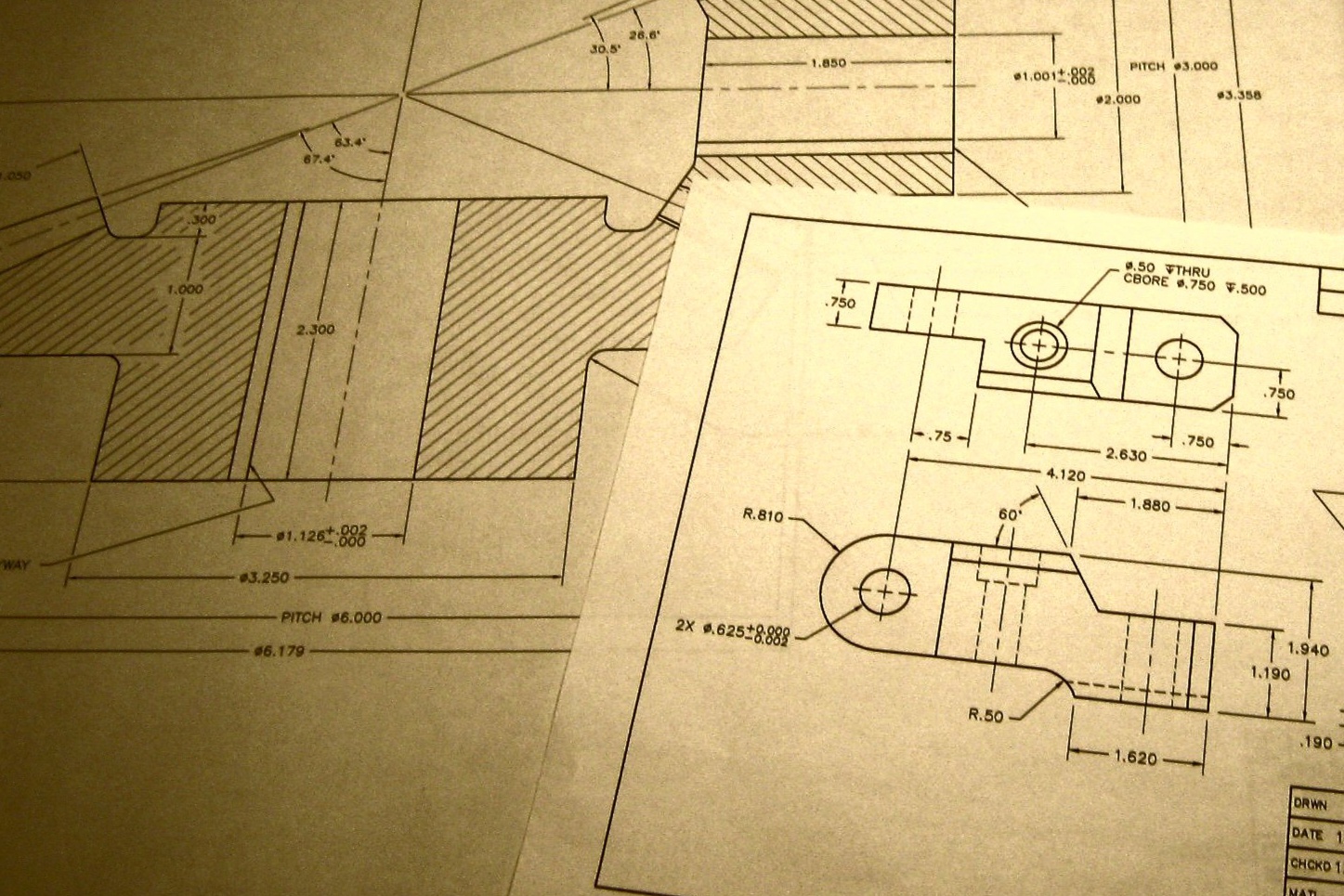 On the Sprintly code side of things, we’ve been working on some larger, foundational changes to the application that will allow us to deliver more resilient code faster. I’m pretty excited about it, and I’d like to share it with you. You may have noticed that we recently switched from hashbang urls (i.e. #!) to […]

Estimate with your data, not your gut 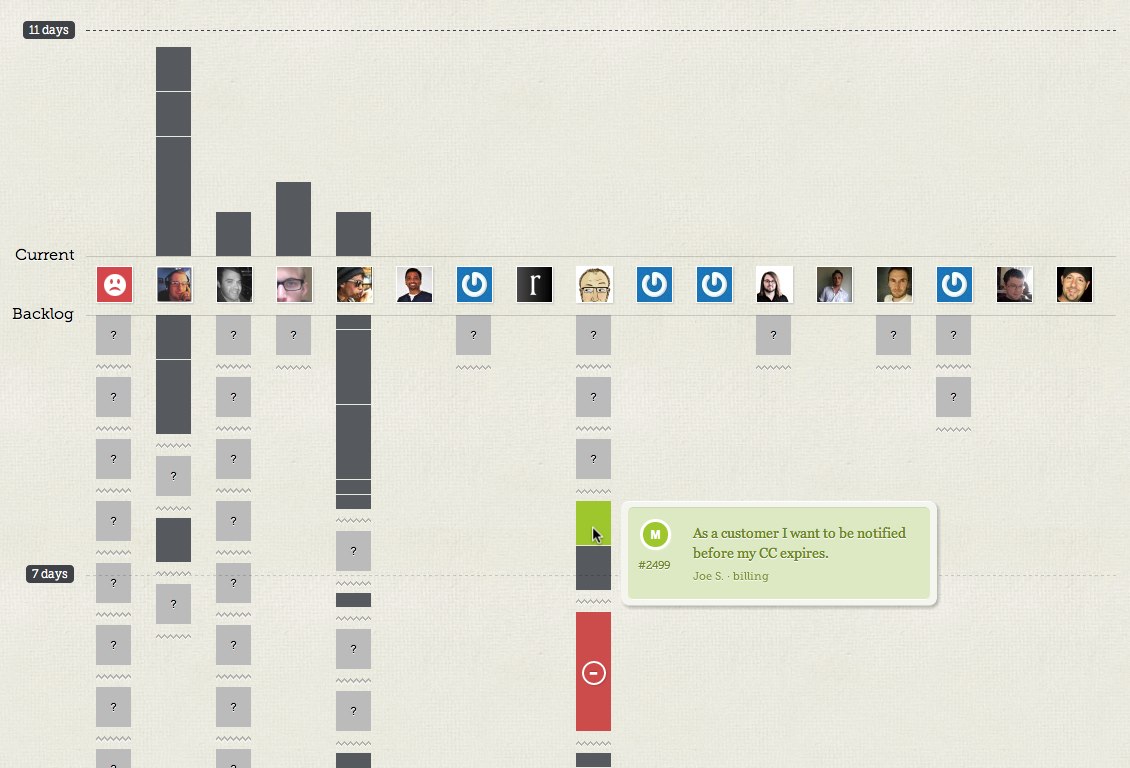 People are bad estimators. There is a really great overview on Quora about how and why we get estimations wrong. At Sprint.ly, we don’t estimate in days, but rather let the app tell us when we’ll be done. Our saving grace against bad estimations is that people tend to work consistently over a long enough […]

The omission of “why?” 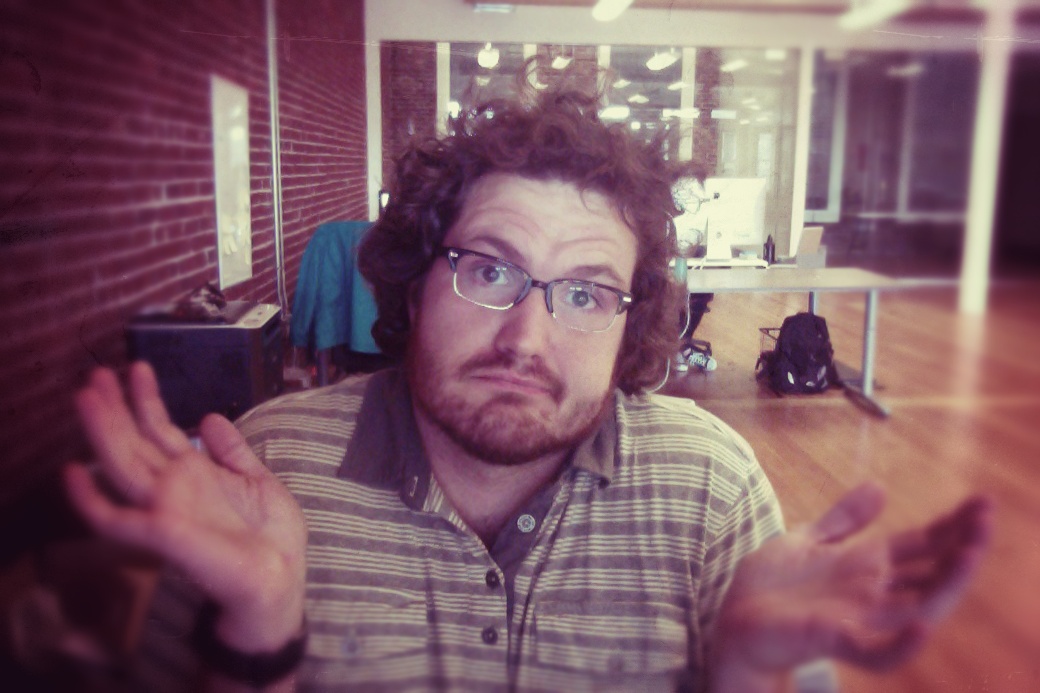 A few years back, I worked at a company which made a very simple mistake in how they delivered product, which unduly limited the amount internal innovation: the omission of why. The company was in the advertising space which is a morass of opaque terms like “piggyback pixels”, “real-time boom lists” and “demand-side platforms”. Contrast that with […]